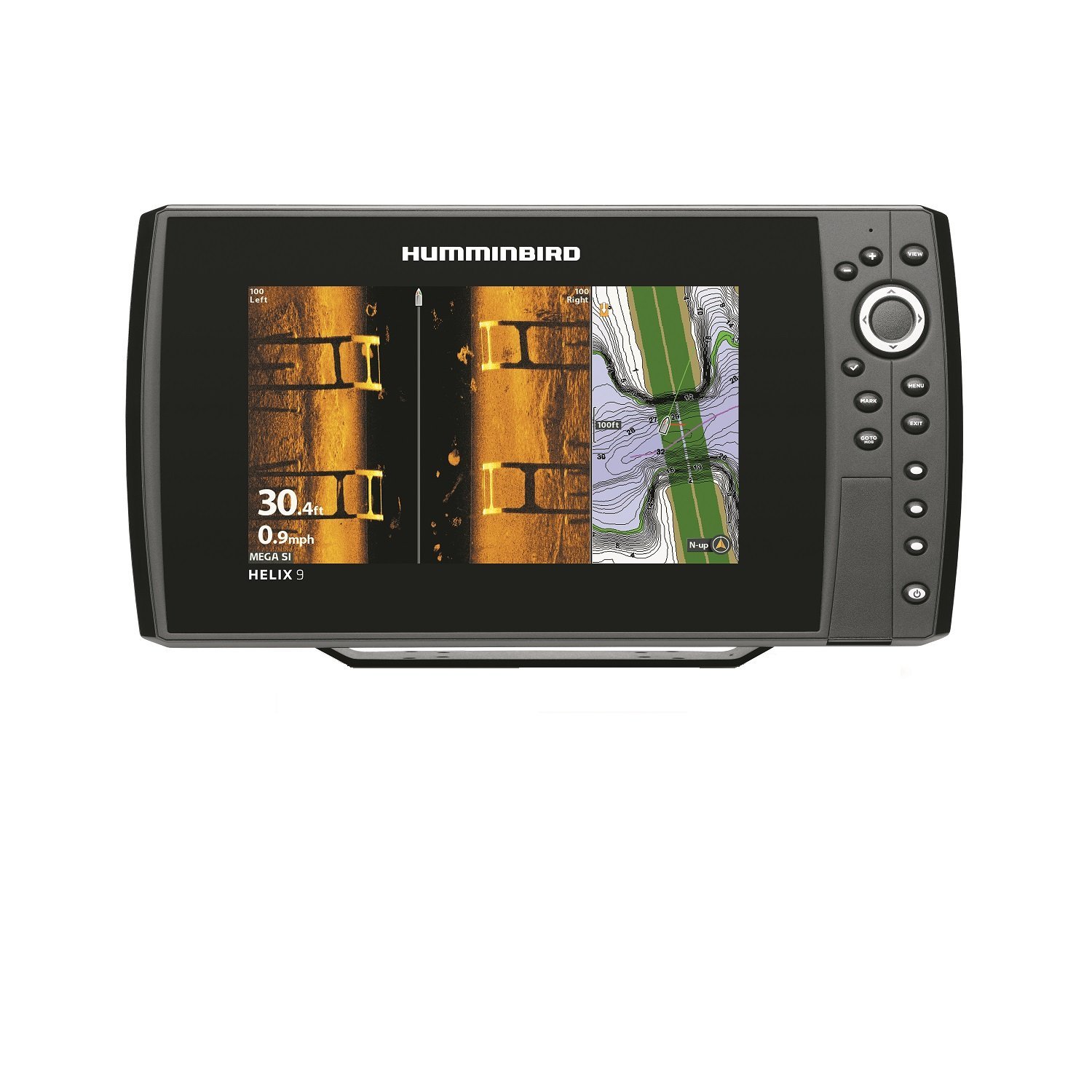 The Humminbird Helix 9 CHIRP Mega SI is the next high-end consumer-grade model of fish finder to come from the Humminbird company which specializes in fish finding and chart plotting equipment–though the company has slowly begun expanding within the past couple years into new departments of outdoor products.
Regardless, Humminbird still understands where it gets its bread and butter and makes it a point to provide some of the best fishing navigation and imaging hardware on the market. Keep in mind, this is not necessarily what you would consider true “professional-grade” due to its somewhat smaller size, but it still features most of the top-tier features that are included in all of Humminbird’s new Mega” lineup of fish finders.
It is also worth noting that though the Humminbird Helix 9 CHIRP Mega SI is technically a consumer-grade fish finder, it is definitely a model that can compete with the best of the best from any manufacturer within its same grade. That said, the best does not come cheap, and though it may not carry the same multiple thousands of dollars price tag that a professional-grade fish finder might, it is still well over $1000.

Of course, while the inclusion of the Mega imaging system is great, it does not necessarily help those who need solid imaging for distances beyond 125’. Thankfully, the Humminbird Helix 9 CHIRP Mega SI is not content to merely possess the best imaging for objects that are relatively close to your position and also include both the digital CHIRP sonar as well as the dual spectrum CHIRP sonar with the option of expanding that even further with the low airmar CHIRP sonar–though it should be noted that the last form of CHIRP imaging will increase the cost of the Humminbird Helix 9 CHIRP Mega SI but is pretty much necessary if you intend to use it while out on deeper lakes or further from the coast.
The range of primary sonar frequencies–including the CHIRP arpeggios–runs from 50 kHz all the way up to 1.2 MHz. For the optional depth-sonar frequency range, the Humminbird Helix 9 CHIRP Mega SI can achieve a maximum depth of 3500’ with a maximum depth of only 1200’ from the standard transducer–though that is generally more than enough for most freshwater fishing.
Still, the actually transducers are only half of the story when it comes to imaging as it does not matter how exquisite of detail the sonar can receive if the display is not capable of keeping up. Thankfully, the Humminbird Helix 9 CHIRP Mega SI provides an excellent display that is 9” diagonally and offers an 800×400 SSD resolution. The LCD display features a glass-bonded panel that provides 1500 nits of illumination which is over 5000 lumens.