I bought a Magellan Triton 2000 as a refurbished unit for 300 dollars. Unfortunately, it did not work correctly and by the time I discovered it had a serious problem, it was out of the warranty period. 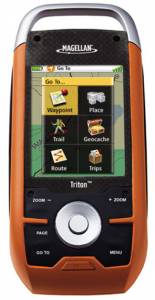 I called Magellan support to find out where I could send it for repair. To my surprise, I was told that they do not repair these units, but instead I could buy another model for a discounted price. I was prepared to pay to have the unit fixed but ready to throw away 300 dollars.  Next, I contacted the Better Business Bureau to find out if I had any recourse but quickly learned there were already a number of complaints against Magellan that were not satisfied. So not much help there.

After some research, I found a third party company that would repair the unit for 100 dollars, add an SD card with emergency repair/reboot capability, and some detailed maps of Mexico and the World. Finally, my repaired Magellan Triton 2000 worked properly.

However, because of my experience with this manufacturer, I will never buy a Magellan product again.